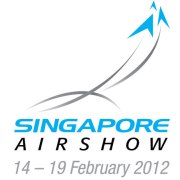 Piaggio Aero will display its P.180 Avanti II executive aircraft at the third edition of Singapore Air Show, running from 14 to 17 February 2012 at the Changi International Exhibition and Convention Centre, Singapore.
The Singapore Air Show, Asia’s largest aerospace and defense event, is one of the top three air shows in the world and serves as a global marketplace and networking platform for the military and civil aviation community.

Piaggio Aero will be at the show as affiliate company of Mubadala Aerospace, co-primary shareholder of Piaggio Aero since 2006, together with Tata Limited and the Ferrari and Di Mase families.
Mubadala Aerospace has established collaboration agreements with global aerospace and aviation companies, including Strata, Sanad and Abu Dhabi Aircraft Technologies (ADAT), to build a high tech, end-to-end technology and manufacturing base.
This biennial event offers a lot of opportunities for Piaggio Aero, since Southeast Asia is developing as a centre for the aerospace industry and Singapore in particular is growing as a service hub for the aerospace maintenance, repair and operations business.
The Piaggio Avanti II is the fastest turboprop in production and, not only looks different from any other aircraft but also offers unrivalled efficiency and comfort.

Additional information about the Singapore Air Show  is available online at www.singaporeairshow.com