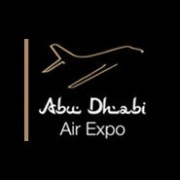 Piaggio Aero will attend the Abu Dhabi Air Expo 2012, to be held from 6th until 8th March at Al Bateen Executive Airport.

The expo will include nearly 70,000 m2 of exhibition space, with over 70 aircraft, and will bring together nearly 100 distributors showcasing their products and services.

Abu Dhabi Air Expo 2012 is the first general aviation tradeshow for Abu Dhabi and is expected to draw over 3,000 visitors.
Mubadala Aerospace, a business unit of Mubadala Development Company and co-primary shareholder of Piaggio Aero since 2006, will be one of the sponsors of the event.

Piaggio Aero will exhibit one of the P.180 Avanti II belonging to the United Arab Emirates Air Force fleet, ordered in 2009.

The P180 Avanti II is Piaggio Aero’s flagship product. It is the world’s fastest turboprop business aircraft.
P.180 owners are offered the speed of a light jet aircraft, the comfort of a large, quiet, midsize cabin, and fuel efficiencies that are nearly 40% less than most business jets and 25% less than the most efficient twin turboprops.