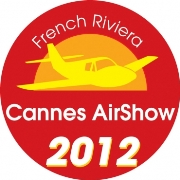 Piaggio Aero will attend the Cannes Airshow 2012, to be staged at Cannes Mandelieu Airport, France, from June 7th to 9th 2012.

Cannes Air Show is the only dedicated General Aviation Exhibition in France and with over 200 exhibitors expected for 2012 (a 10% increase on the 2011 show) this year promises to be the most successful Cannes AirShow yet,

More than 10,000 pilots, aviation enthusiasts, suppliers, manufacturers and visitors are expected to attend this year's show to celebrate its sixth birthday and to take part in the 100th Anniversary celebrations of Cannes International Airport.


Cannes AirShow represents an outstanding opportunity for Piaggio Aero because it is an important business get-together for pilots, owners and new wealthy clients from Europe, Middle-East, and Russia.
This event has been conceived to be one of the best summer exhibition in the aviation industry.

The P.180 Avanti II executive aircraft will be displayed at the static area.

The P.180 looks different from any other aircraft and offers unrivalled efficiency: 33% lower operating costs, 40% less fuel use than most business jet, up to 40% fewer carbon emissions.

Don’t miss the chance to take a closer look at the only aircraft that allows perfect maximum performance and maximum savings at the same time.