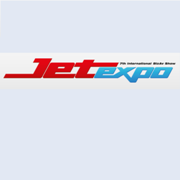 This year’s edition of Jet Expo will see the introduction of lifestyle brands to the show, as well as a separate Yachts Pavilion.

Despite the unstable global economy, the business aviation, yacht, and luxury markets in Russia remain stable and growing.

Jet Expo has for many years been a successful platform for finding new customers and supporting existing relations in business aviation.


Business aviation remains the focus and quintessence of Jet Expo and Piaggio Aero will showcase its core product P.180 Avanti II, the world’s fastest turboprop aircraft with an outstanding performance and specification for the Russian market.


With a maximum speed of 402kts /745kph and a range of just under 1500 nautical miles ,its full stand up cabin, the biggest in its class of mid-size jets and twin turboprops by far, provides an airy, comfortable flight for its passengers aided by its low cabin noise and sea level pressurization.


All the information about the International Business Aviation Exhibition Jet Expo 2012 is now available on: