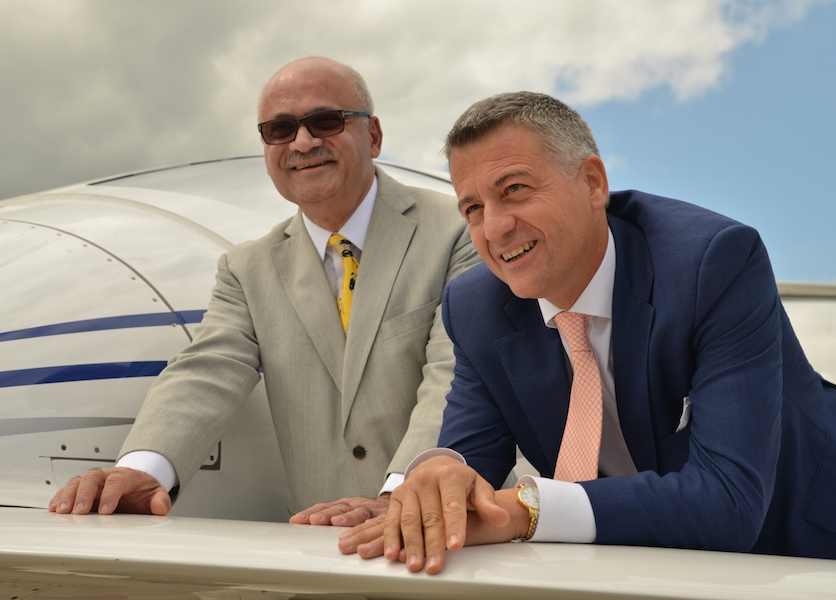 Piaggio Aerospace and Bravia Capital are pleased to announce a partnership to offer Avanti EVO aircraft under a new industry-leading cost management programme to North American owners and operators.
The Avanti EVO aircraft will be supplied directly to Bravia Capital and be offered under a new lease-and-running-cost basis that is both competitive and highly innovative. The initial supply agreement is for 10 aircraft, rising to 50 if all options are undertaken.
The partnership between Bravia Capital and Piaggio Aerospace means that it will be easier to lease and operate an Avanti EVO aircraft in North American territories, with all inclusive to-the-dollar figures that cover the entire cost of ownership. It makes budgeting for aircraft ownership and operation far easier.
The new ‘Avanti EVO All Included’ package is offered on new build Avanti EVO aircraft, through Bravia Capital as part of lease package  which offer new levels of flexibility. It combines low lease costs with Piaggio Aerospace’s new Power By The Hour service programme that underpins its ongoing drive to improve service support for aircraft worldwide. It removes unknowns and delivers low and exact all-in figures for ownership and operations.Bravia Capital chose the Avanti EVO to spearhead its new North American operation because it is ideally suited to planned east and west coast operations, where flight times are typically of up to three hours.
The Avanti EVO is the fastest twin turboprop aircraft in the world, and features many improvements to efficiency, ease of maintenance, comfort, and performance. Able to cruise at the speed of some jets but for a fraction of the cost, it has a maximum range of 1720nm and other improvements to cut external and interior sound that make it a better neighbor and an even more comfortable place to fly.
Carlo Logli, Chief Executive Officer of Piaggio Aerospace, said: “Bravia Capital’s experience in leasing, and its decision to buy fleet volumes and pass those economies on to customers, means the new Avanti EVO enters North America with the strongest backing and an even more convincing set of reasons for buyers than ever. Combined with the new Power By The Hour programme, every efficiency of the aircraft’s design is now mirrored in ownership and operation.”
Bharat Bhise, CEO of Bravia Capital Partners stated:  “We are pleased to be in partnership with Piaggio Aerospace  to bring a complete financing and cost maintenance package to Evo buyers in the North American market.  This  program is backed by a substantial new investment by Piaggio Aerospace  in customer service , parts support and maintenance capabilities and we see the combination of the Evo’s market leading performance and ongoing manufacturer support as a very attractive offering to our clients.
Piaggio Aerospace has specifically created Power By The Hour for the North American market to combine product, finance and whole life service costs more transparently than ever before, further enhanced with performance guarantees giving the most comprehensive cost management tools to business aviation operators.
An entire new business unit has been established within Piaggio Aerospace dedicated to Customer Service, investing significantly in resources and spare parts to ensure a high level of service to all new Avanti EVO customers, and existing owners of more than 230 legacy Avanti aircraft worldwide.