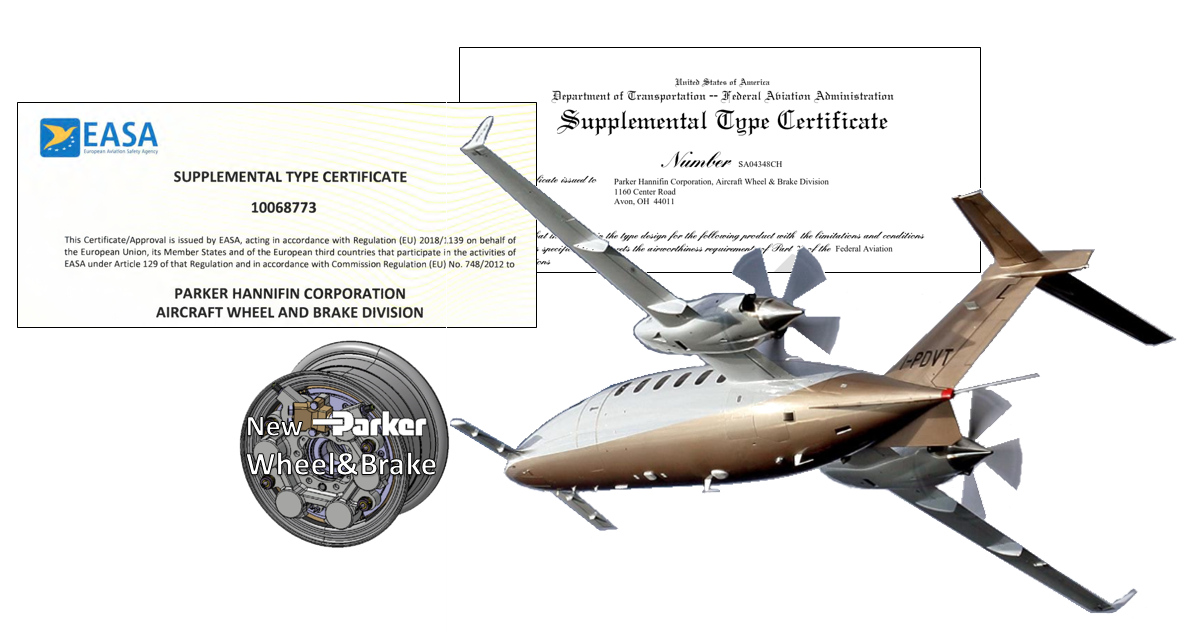 Responding to the operators’ requests for a reduction in the operating cost of the carbon brakes currently installed in the worldwide fleet of P.180’s, Piaggio Aerospace has teamed with Parker Aerospace to develop a steel variant which would maintain the excellent performance of the current version, but guaranteeing lower acquisition and overhaul cost.

In late February, the Supplemental Type Certificate - SA04348CH - released by the FAA last October, was approved by both EASA and Transport Canada (TC) making this upgrade available for P180 Avanti customers across the globe.

After a rigorous series of TSO qualification tests, conducted in Parker’s Aircraft Wheel & Brake Division laboratory in Avon, Ohio, the new wheels and brakes were installed on an Avanti II equipped with Magnaghi (Evo) landing gear, and on one equipped with the Safran landing gear, to verify physical fit and the retraction and extension sequence.

At the presence of an FAA DER test pilot, flight tests followed in the Lakeland, FL, airport (KLAL), where repeated runs were performed to gather the necessary data to validate the take-off accelerate-stop distance, and the landing distance to a stop from 50 ft.  The tests were conducted at the maximum take-off and maximum landing weight, without the use of reverse thrust.   All tests showed figures equal or better than those of the basic airplane Flight Manual, therefore amended charts are not required by the STC.

The new wheels and brakes are directly interchangeable with the part numbers currently approved on the original Safran or the Magnaghi (EVO) landing gear, without any aircraft alterations.  They must be installed in pairs, they will be “on condition”, and the overhaul cost will be approximately 70% less than that of the current carbon version.