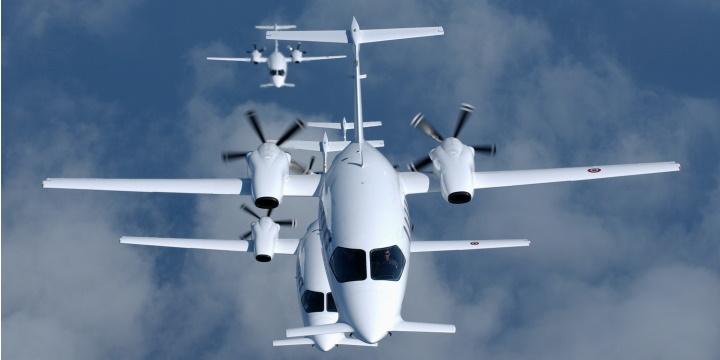 Villanova d'Albenga, 23 December 2019 - Just five days after the signing of an agreement on the Chinook helicopter’s engines worth € 50 million, Piaggio Aerospace has announced it signed a new contract, whose total value is close to € 200 million. The agreement - formalized by the Directorate of Aeronautical Armaments and Airworthiness and by the Extraordinary Commissioner of Piaggio Aerospace Vincenzo Nicastro - provides for the Italian manufacturer to produce and deliver, in a time span of 4 years, 5 airplanes in passenger transport and ambulance configuration and 4 aircraft for flight inspection. Under the same contract, Piaggio Aerospace is also committed to retrofit a first P.180 already operated by Italian Armed Forces. These activities are worth 130 million euros.

According to the agreement, the Ministry will also finalize a commitment – within 24 months – for the retrofitting of more 18 aircraft currently in the availability of the Carabinieri, the Army, the Navy and the Air Force itself. This will guarantee Piaggio Aerospace a further 66 million euro in turnover, thus bringing the total value of the contract to 196 million euro.

"The order finalized today - just one year after the extraordinary administration started - is the result of the joint and generous effort of all parties involved: the Italian Government, the Armed Forces and local Institutions”, Nicastro commented. “This represents for Piaggio Aerospace a turning point: with the restart of aircraft production, we will also be able to gradually reintegrate workers currently into temporary layoffs. Nevertheless, we are not going to stop here. We will continue to work on the private market, with the aim of finalizing new, significant orders. In the meantime, we are almost ready to launch the tender for the sale of the company's assets", he added, "which we plan to publish after the Christmas break".