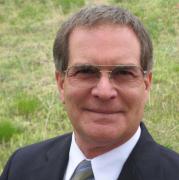 Piaggio America, Inc. announced today that it has named Mark Stevenson as Sales Director for the Central United States and Central Canadian regions. He is a key hire who will contribute to the company’s ongoing global expansion.

Stevenson’s vast experience over the last 14 years in sales and marketing within the aviation industry, coupled with his strong record of accomplishment in the business aircraft marketplace, made him an ideal candidate to grow a key region for Piaggio. Stevenson was most recently responsible for establishing a new sales territory for Embraer Executive Aircraft and proved successful in securing fleet business for the company. He was awarded North American Salesman of the Year in 2007.

“We are pleased to welcome Mark to our team and are confident that his history of success particularly in the Central US and Canada will play a large role in Piaggio’s continued growth,” said Piaggio America President and CEO, John M. Bingham.

The addition of Stevenson to Piaggio America completes the company’s sales organization presence across the US and Canadian territories. The company also recently appointed James Cochran as sales director for the North Eastern United States and Eastern Canadian region.

“The Piaggio P. 180 Avanti II is the right airplane for today’s market because of its low operating cost and maximum efficiency,” commented Stevenson. “I see enormous growth potential for Piaggio in the Central US and Central Canada.”

Stevenson will be based out of Lyons, Colo.