Today Piaggio Aerospace has transferred one of its aircrafts from Genoa to Villanova d’Albenga  with a CH47 helicopter of the Italian Army, part of the fleet of the Viterbo base.

This P.180 Avanti was designed for surveillance and photogrammetry missions.   The fuselage and the wings were assembled in Genoa, while the structural changes necessary for its special missions, the installations of engines, avionics and mission systems  will be completed in Villanova d'Albenga.

This special flight along the Ligurian coast  represents the symbolic handover between Genoa and Villanova, between the Piaggio’s history and its future. Sunshine on this special day is a good sign for the time to come.

Piaggio Aerospace thanks all those who have contributed to this special "journey”, first and foremost the excellent crew of the Italian Army. 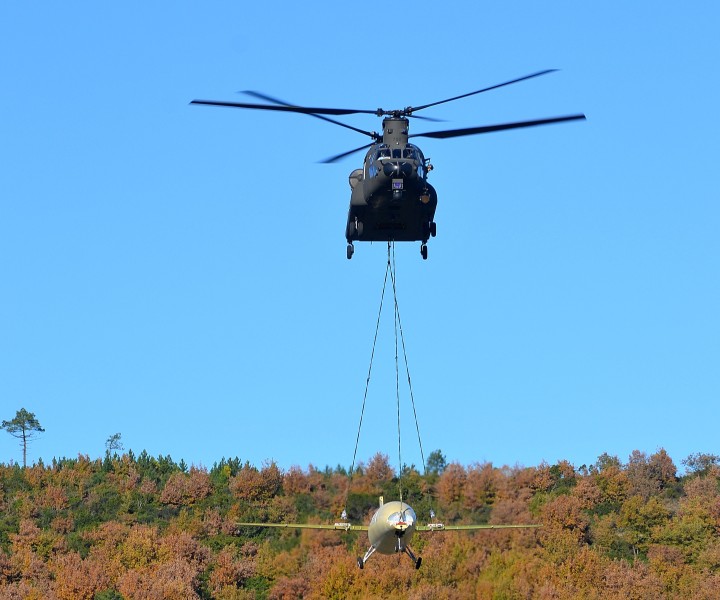