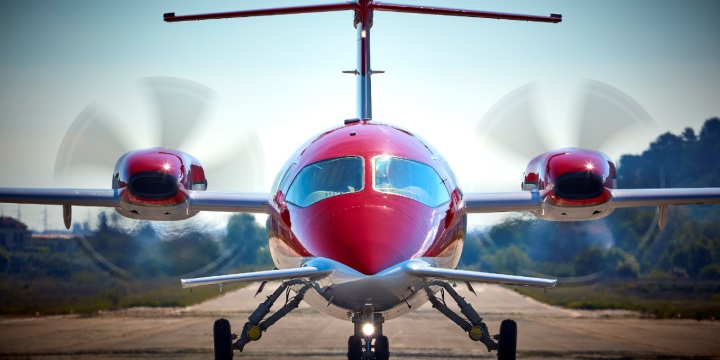 Airflite, a leader in aviation related services, and Piaggio Aerospace, a leading Italian aircraft manufacturer active in the business, defense and security sectors, today announced the signing of an agreement to appoint Airflite as the exclusive sales representative for Piaggio Aerospace in Australia and New Zealand.
The commercial agreement strengthens the ongoing partnership between Piaggio Aerospace and Airflite in the business aviation sector and is aimed at consolidating the regional presence of the Avanti EVO, Piaggio Aerospace’s flagship product, in both its business and special mission configurations. Airflite has served as the Piaggio Aerospace Maintenance Center for the Asia Pacific region for several years, and the new agreement builds upon this relationship.
The Avanti EVO is the third generation of the legendary P.180 offering superior climb performance, huge fuel savings, lower emissions compared to aircraft in the same class and the biggest stand-up cabin in class. Nick Jones, Vice President of Aircraft Sales of Airflite, has described the Avanti EVO as “a unique aircraft in design and performance. It is aesthetically striking, performance driven and economically attractive. It is a hard aircraft to ignore.”
Kristian Constantinides, General Manager of Airflite, said: “We are delighted to have been chosen by Piaggio Aerospace as its regional representative. The Avanti EVO is an aircraft that is well suited to this part of the world due to its fuel efficiency, cabin comfort and jet-like speed. Its versatility is a significant attraction for the market, as Avanti EVO can be utilized for corporate or special mission applications including specialized aeromedical operations. This aircraft is an exciting addition to Airflite’s activities in the region.”
Renato Vaghi, Chief Executive Officer of Piaggio Aerospace, said: “Australia and New Zealand are priority markets for Piaggio Aerospace’s further development. With its expert team and extended network, Airflite represents an ideal partner with which to promote excellence in business aviation, and the new agreement will significantly boost regional awareness of our state-of-the-art Avanti EVO. The Avanti EVO aircraft corresponds perfectly with Australian and New Zealand market requirements of efficiency and speed, as well as the specific ability to land on short or even semi-prepared runways, allowing access to peripheral airports.”