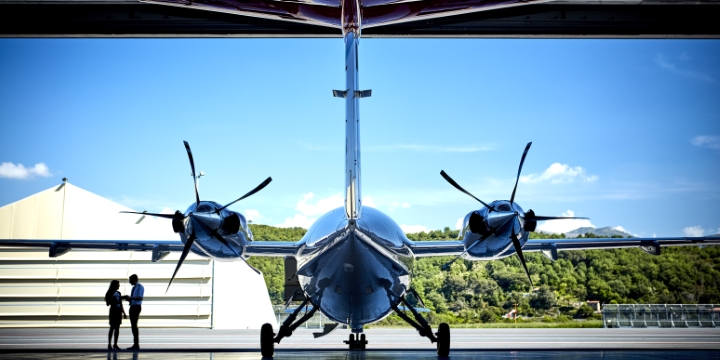 Piaggio Aerospace, a leading Italian aircraft manufacturer active in the business and defense and security sectors, today announced it strengthened its After Sales network by appointing two more Authorized Service Centres in Paris-Le Bourget, France, and in Kuala Lumpur, Malaysia.

In particular, the new center in Paris-Le Bourget – a strategic hub for the European business aviation – brings to five Piaggio Aerospace’s Authorized Service Centers in the Old Continent: on top of the factory-owned one in Genoa, Italy, P.180 operators may already count on the presence of authorized service facilities in Germany (Mönchengladbach), The Netherlands (Rotterdam) and Switzerland (Lugano). DV Technik is fully owned by Oyonnair Group, an airline company specializing in medical transportation. Oyonnair operates a fleet of 3 Citation Mustangs and 9 Piaggio Avanti IIs, with four additional Avantis having been just recently inducted.

The new maintenance center operated by AAE, at Subang Airport in Kuala Lumpur, adds to the one already active in Singapore, in a market – South-East Asia – that is considered to have the highest potential in terms of future growth. Asia Aero Engineering has currently an active contract to provide maintenance for helicopters of sister company Aircraft Power Lines (APL), an aircraft service provider (including MedEvac activities) both at Governmental and private level.

“We are proud to have been appointed as the first Piaggio Aerospace Authorized Service Center in Malaysia”, stated Mohd Shazwan Shaharuddin, CEO of AAE. “We already successfully operate a P.180 Avanti EVO, registered on our AOC, for VIP and MedEvac purposes around South-East Asian countries, and we are now able to consolidate our knowledge of this amazing aircraft and ready to assist all the Asian fleet”.