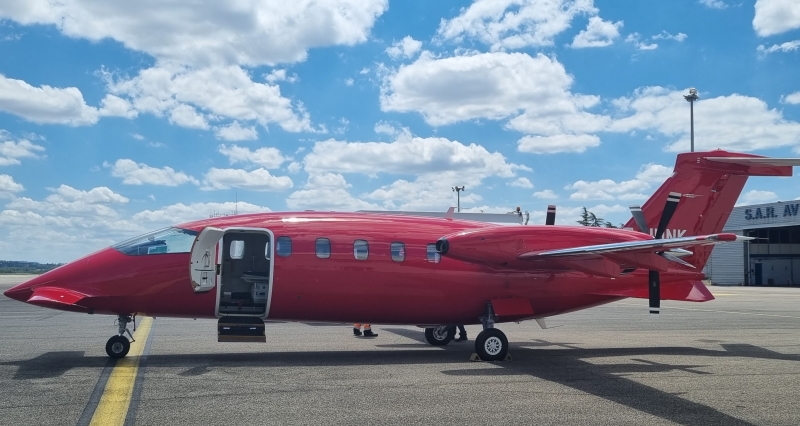 French Operator Oyonnair, a company specializing in medical and cargo transportation, has signed today an order – through its financial arm Investairs - for the purchase of a new P.180 Avanti EVO, the executive aircraft produced by Piaggio Aerospace.

The new P.180, which is expected to be delivered by the second quarter of 2023, will be set up in medevac configuration, with an enlarged door (from 24 to 29 inches wide) and an additional fuel tank, to offer better performance and mission flexibility.

“We are very excited to announce the purchase of a new Avanti Evo, the perfect fit aircraft for medevac operations,” said Daniel Vovk, Chief Executive Officer of Oyonnair. “The Avanti Evo is fast, versatile and an efficiency champion, thanks to the lowest fuel consumption in its category and the option of flying SAF, thus reducing carbon emissions. With the new configuration, we can offer to our clients even better performance: for this reason, and according to our growth strategy, we are now aiming at ordering three more aircraft by the end of this year”.

"Piaggio Aerospace is grateful to Oyonnair for the renewed trust into the Avanti EVO, the company’s flagship product, and Piaggio Aerospace itself", said Vincenzo Nicastro, Piaggio Aerospace’s Extraordinary Commissioner. "Now that we are definitively close to identifying a new owner, such an announcement confirms that the company is healthy and ‘on the market’, ready to further unleash its potential".

At present, with its 42 employees, Oyonnair is the leading operator in Europe in medical evacuation, with a yearly average of 5 thousand flight hours and over 1200 missions. In the years 2020 and 2021, the company helped the French government with the Covid crisis, by evacuating approximately 250 patients from saturated hospitals to less busy ones. Oyonnair’s team has also recently decided on the modification in retrofit of two of the seven older P.180, in particular with the setting up of the enlarged door. The first retrofitted aircraft was delivered by Piaggio Aerospace last June. A second one is planned to be retrofitted starting from October 2022.

Piaggio Aerospace is one of the main players in the world for executive turboprops, both in VIP and special mission configurations. The company operates from its aerospace centre of excellence in Villanova d’Albenga, Italy, while its Customer Service Department is based in Genoa. In December 2018, the company entered the Extraordinary Administration procedure by appointing Mr. Nicastro as Extraordinary Commissioner. The same applied later to its subsidiary Piaggio Aviation.