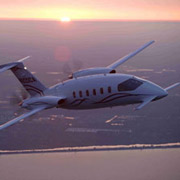 Genoa, November 3rd 2004 - Pratt & Whitney has seen in the Italian Piaggio Aero Industries their supplier for one of the essential components for the F135 Propulsion System, the engine of the International Joint Strike Fighter, the F-35.

According to the agreement, Piaggio Aero will realize the F135 components for the “System Development and Demonstration” program which will be followed from phases of production at low and high speed.

Pratt & Whitney had already chosen Piaggio Aero’s collaboration in 2003 for the production of the shell of the low pressure turbine (LPT) and for the F135 engine. The shell, assembled at the Finale Ligure site (SV), holds delicate components such as the stator and rotor parts of the low pressure turbine, has a fundamental role in the gas flow on the inside of the engine and in the system performances.

The gear box and the structural support are some essential components for the correct functioning of the F135 and their manufacture requires highly precise machinery.

The two contracts, valued at 150 million Dollars, are the result of a 6 months meticulous selection process which saw Piaggio Aero as the best supplier.

“Pratt & Whitney is honoured to make an agreement with such a historical company as Piaggio Aero. We have not only found an industrial reality capable of conferring the maximum reliability on the project, but we have also been very impressed by the commitment and the quality shown in the product and its realization process” underlined Mr. Ed O’Donnell, the F135 International Program Manager for Pratt & Whitney. “This cooperation is the real demonstration of the essence of the Joint Strike Fighter program, based on international collaboration able to provide the highest technology for the product at the best market deals”.

“Obviously it is also a success for Italy and Piaggio Aero Industries. Thus we confirm the Italian tradition and quality in the development and strengthening of our business in the field of aviation motors world-wide” declared José Di Mase, CEO of Piaggio Aero Industries. “We, along with the Italian industry, are proud to be able to offer an extra contribution to the JSF program, and we hope that this is going to be one of many steps of a favourable and profitable collaboration with Pratt & Whitney”.