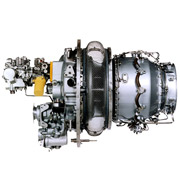 Rome, 13 October 2006: Piaggio Aero Industries has signed an agreement with Pratt & Whitney Canada to acquire 25% of the share capital of P&WC Turbo Engines Corp., which is in charge of the production of the PW206 – PW207 helicopter engines.

Through the newly-formed, 100% controlled company Piaggio Aero Engines Canada S.p.A., Piaggio Aero is entering into an alliance with one of the world’s most prominent manufacturers of aircraft engines, squarely hitting its target of increasing its business in a top technological area such as mechanical engineering for helicopters.

With its 25% acquisition of P&WC Turbo Engines Corp., Piaggio Aero is adding to its business a participation in a new series of engines that is making its mark in the world helicopter market.

“We are proud to have formed an alliance with Pratt & Whitney Canada, one of the world’s leading aircraft engine manufacturers,” said Piaggio Aero Chairman Piero Ferrari. “We are sure that Piaggio Aero Engines will give the Piaggio Aero group new, extraordinary possibilities of industrial growth and development in production. It is also thanks to this new relationship with P&WC Turbo Engines Corp. that the new Villanova d’Albenga plant will become a center of excellence for engine and or component production, an actual jewel of the Italian aeronautics industry.”

“We are pleased to create this new alliance with Piaggio Aero Industries, which will strengthen our leadership position in the helicopter market in Europe,” said Joseph Torchetti, Vice President, International Business Development, Pratt & Whitney Canada. “We look forward to building on our long-standing business relationship with Piaggio Aero to capture new business opportunities in this market,” added Mr. Torchetti.

Piaggio Aero’s investment of almost US$60 million, is aimed at developing both technological and industrial contents. Expected returns over the next 20 years exceed US$600 million.

The PW206/PW207 is an engine of unparalleled efficiency in the 600-900 SHP class, and fits out highly successful helicopter models such as the Agusta A109 Power, the Eurocopter EC/135, the Bell Helicopter B427, the MD Helicopters MD900 and the Kazan Ansat.

With the PW206- PW207 participation, the operation of transferring the Finale Ligure production plant to Albenga increases and completes the strategic purpose of the new plant, which will house an engine component production and assembly line as well as the maintenance operations that will be offered to all PW206 and PW207 users. The new plant of Villanova d’Albenga will also host other engines and aerostructure activities of Piaggio Aero.

“The formation of Piaggio Aero Engines Canada and the alliance with Pratt & Whitney Canada and P&WC Turbo Engines Corp. represents an important goal and at the same time an important starting point for Piaggio Aero. It demonstrates the enormous amount of confidence that the major world players of the aerospace industry have in our company,” said Piaggio Aero CEO Josè DiMase “We have taken one more step forward toward the realization of a great industrial program that will guarantee Piaggio Aero Industries growth and new development in the interest of its workers, shareholders and the entire Italian and European aeronautic industry.”