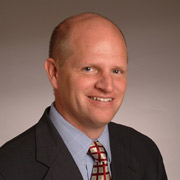 Hinson is a former U.S. Navy pilot and test director with over 25 years of experience in the aerospace industry. With a broad background in business development, finance and marketing, Hinson has served in various senior executive roles with industry leaders around the world.

“I am excited about this new opportunity to lead Piaggio America,” Hinson said. “The company builds the best and fastest business turboprop in the industry and has a strong heritage of innovation and excellence. I look forward to working with the entire Piaggio team as we build toward a very bright future.”

Appleton, a 40-year veteran of the aviation industry, will remain as non-executive chairman of Piaggio America and will continue to support Piaggio Aero, the company’s Genoa, Italy-based parent company.