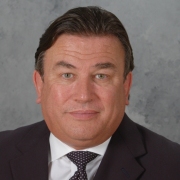 Piaggio Aero Industries today named John M. Bingham as President & CEO of Piaggio America Inc. the US subsidiary of the Italian aircraft manufacturer, which is responsible for the distribution of the company’s successful Piaggio Aero P.180 Avanti II aircraft in the Americas.

John Bingham’s career spans the high luxury automobile industry, where he served as Vice- President of Rolls-Royce & Bentley Motor Cars, Inc., and most recently in General Aviation as Executive Vice President, for Cirrus Design, with the added worldwide role of Managing Director of Cirrus International.

The new Piaggio America CEO has considerable professional and managerial experience also with Piaggio Aero Industries having joined the company as Piaggio America Executive Vice President, and most recently adding the worldwide responsibilities of Chief Marketing Officer Piaggio Aero in 2009. Bingham retains this position in his new CEO role.

Alberto Galassi, CEO of Piaggio Aero Industries said “John is highly regarded in the aviation industry, and he brings his proven strengths to this new role in Piaggio America. Piaggio Aero has a unique product requiring unique innovations, and our company will benefit from John’s experience and strong marketing skills in both the important American and international markets”

Former Piaggio America President and CEO Tom Appleton has retired but, he will remain active in the company as a consultant to Piaggio Aero

“I’m very pleased to take on this new role in a company that includes as shareholders some of the most important industrial and financial groups of the world, and thank Alberto Galassi and Piaggio Aero’s board of Directors for the trust and responsibility they have put in me" stated Bingham. “. The Piaggio Avanti II has become a very successful aircraft and, with the continued support and contribution of our shareholders, our workers and all Piaggio Aero partners we can confidently seek out new market opportunities to grow the company further.

Piaggio America, Inc. completes, delivers and supports the P.180 Avanti and Avanti II aircraft in the North / latin American and Canadian markets, and is a wholly-owned subsidiary of Piaggio Aero Industries; Piaggio Aero Industries has a long history in aircraft design and manufacture and today builds the popular Piaggio Aero P.180 Avanti II high-speed twin-turboprop business aircraft for world markets. The fastest, most economical and most comfortable aircraft in its class, the Avanti II achieves 402 kts maximum cruise speeds, a certified ceiling of 41,000 feet and offers a spacious, stand-up cabin for seven to nine passengers, with an NBAA IFR range of 1,470 nautical miles. Unique to the industry, the Avanti II employs three lifting surfaces to combine pure-jet performance with turbo-prop efficiency.