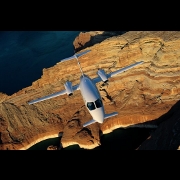 The company said that it would begin sales of its world-renowned P180 Avanti II aircraft in the country with first deliveries expected during 2011. The P180 Avanti II brings a completely new aircraft to Australia - one that uses 40 percent less fuel and has the lowest carbon footprint in its class by far, while providing class leading performance and cabin comfort.

The P180 Avanti II is truly eco-friendly, efficient and economical, making it an ideal aircraft for Australia.

The Piaggio Aero P.180 Avanti II received its type acceptance certificate from The Australian Civil Aviation Safety Authority (CASA) in late 2010. This certificate confirms that the design of the aircraft complies with all Australian regulations, having previously gained both EASA and FAA certifications in 2005.
The Avanti II can now be legally registered and operated throughout Australia.

''We are proud to receive CASA certification for the Avanti II on schedule. At Piaggio Aero we are fully committed to making quality products available to the executive/multi-utility aircraft market around the world, and offering comprehensive technical support for them.? commented Alberto Galassi, Piaggio Aero CEO.

?The Australian market is expanding rapidly and Piaggio Aero is excited to be participating in this growth. Thanks to its unique design and characteristics, we feel that the P.180 Avanti II is ideal for Australian executive, aero medical and other special mission aviation applications? he added.

Piaggio Aero has been demonstrating the P.180 Avanti II aircraft in Australia. The three lifting surface, multi-utility twin turboprop has been previously shown, prior to certification, in Brisbane, Sydney and Melbourne during a countrywide demo tour. The aircraft has also been through two stringent evaluation programs with the Royal Flying Doctor Service (RFDS), Queensland and Western Operations sections in 2010, to determine its suitability for Medical Evacuation and Sanitary transportation missions.

The Piaggio Aero P180 Avanti II is extremely robust and is the world?s fastest turboprop aircraft offering outstanding performance and a comprehensive specification that meets the demands of the Australian market. With a maximum speed of 402kts /745kph and a range of just under 1500 nautical miles, the aircraft is well suited for both long and short distance trips and runways.
Its full stand up cabin, the biggest in its class of mid-size jets and twin turboprops by far, provides an airy, comfortable and serene flight environment for its passengers aided by, its low cabin noise and sea level pressurization. Besides its own impressive capabilities, the Piaggio Aero P180 Avanti II is also the only aircraft to proudly display the legendary "prancing horse" livery, as it is the chosen business aircraft of the Scuderia Ferrari, the Ferrari Racing Team.

Piaggio Aero enters Australia with the very significant backing and support of its shareholders, who include two, worldwide, business powerhouses, TATA from India, through Tata Limited UK, and Mubadala Development, the strategic investment company owned by the Government of Abu Dhabi.

The aircraft manufacturer is currently establishing their sales and customer support organization and has appointed  Mr John Alp, as Piaggio Aero representative for the market. The company is also working with a number of potential service partners in Australia to ensure that all the key customer support infra- structure is in place well before the first aircraft is delivered to its owner and, that comprehensive technical support is available to them by both a dedicated company organization and in country service center.