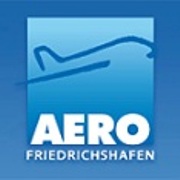 Piaggio Aero will participate at AERO Friedrichshafen 2011, the Global Show for General Aviation that will be held from the 13th to 16th April 2011 at Friedrichshafen Airport, Germany.

AERO Friedrichshafen is considered as one of the most important air shows in Europe.
Over the past 30 years, AERO, a former aerial sports and leisure fair, has developed into an international communication platform for the business oriented General Aviation industry.
More than 500 exhibitors from 26 countries will take part in the 2011 edition.

Discover the P.180 Avanti II during the Aero Friedrichshafen 2011 and visit the Piaggio Aero stand and aircraft at hall A7, position 127.

Visit www.aero-expo.com or contact comunicazione@piaggioaero.it for further information on Aero 2011.