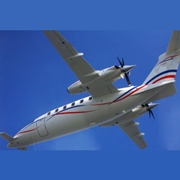 Piaggio Aero has announced at Jet Expo 2011 that its P.180 Avanti II aircraft has received both type and production certificates, from the Russian aviation authority, the Interstate Aviation Committee (IAC).

The IAC type-certificate confirms that the design of the aircraft complies with Russian regulations, having previously gained both EASA/FAA certification in 2005. The Avanti II can now be legally registered and operated throughout the Russian Federation.

The Agency’s certification process started in 2010 with a cooperation team consisting of experts from the Certifying Authority IAC, and the engineering and certification teams of Piaggio Aero.

"We are really happy to have achieved Russian certification for the P.180 Avanti II aircraft on schedule, after the launch of our product into the Russian Market last year. This now opens the way for our first aircraft deliveries in the Russian Federation," said Alberto Galassi, Piaggio Aero CEO. "Piaggio Aero is fully committed to making quality products available around the world and, the Russian Federation represents a high potential market for the P.180 Avanti II in both its executive and also special mission versions".

Besides its own impressive capabilities, the Piaggio P180 Avanti II is also the only aircraft to proudly display the legendary "prancing horse" livery of the renowned Scuderia Ferrari, the Ferrari Racing Team, as it is their chosen business aircraft due to its suitability for both long and short distance trips and its ability to operate from many runways other aircraft cannot access.

The characteristics of the P.180 Avanti II and its operational capability at low and high altitude have meant it is the ideal airplane for "Flight Inspection" as required by the current regulations, ICAO, for radio assistance. The Radio Measurements units are already operated by Armed Forces and Government agencies alike and are equipped with state of the art flight inspection and calibration systems. The flight inspection activity performs continual monitoring of radio signals (Radar, VOR, DME, ILS, etc.), to verify the validity of those signals.