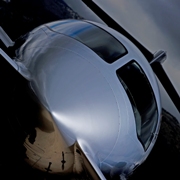 Piaggio America, the wholly owned subsidiary of Piaggio Aero Industries, makers of the renowned Piaggio Aero P180 Avanti II turboprop aircraft, announced today that there had been further growth in its level of representation within North America

Since mid-2009 ,when it had only 6 authorized service centers the Company has been steadily growing its Authorized north American service center network to provide comprehensive customer support coverage.
In today’s announcement Piaggio Aero communicates that its network has now grown three fold to 18 Centers.

This number has been added to further with the appointment of its first authorized service center in Brazil with its recently appointed Piaggio Aero distributor for the country – Algar Aviation.

As well as building a comprehensive Service Center network Piaggio Aero has also been working on strengthening its aircraft sales results with the appointment about a year ago as a trial, of Columbia Aircraft of Connecticut as a Sales Center. The Sales Center works with Piaggio America’s own Regional Sales Director in order to increase the Company’s sales presence .

Now after a successful trial period the Company has appointed three more Sales Centers, each working through Piaggio America’s own Regional Sales Directors .

The new Centers are:

“ Our focus is on selling lots more aircraft in North America and these three new Sales Centers will help us do just that ,”said John M Bingham President & CEO of Piaggio America.

Additionally now when a prospect becomes a customer and owner of our aircraft they will do so with the peace of mind knowing that they have a countrywide network of trained Piaggio Aero professionals to support them world.