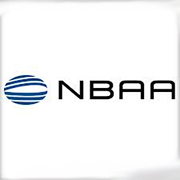 The show takes place in Las Vegas from Oct. 22 to 24 at the Las Vegas Convention Center and nearby Henderson Executive Airport (HND), and the Convention?s exhibit halls will feature products from the major airframe and avionics manufacturers and service providers .

The Henderson Airport Static Display will include the largest side-by-side display of business aircraft in the world.

Piaggio Aero is proud to be part of one of the most important business aviation event in the world, and the fifth-largest tradeshow in the United States: NBAA features this year two aircraft static displays (one inside the exhibit hall and another airport-based display) and provides unmatched value for the event?s 25,000 attendees.

Piaggio Aero will display the P180 Avanti II aircraft, the Company?s flagship product. It is the world?s fastest turboprop business aircraft. It offers the speed of a light jet aircraft, the comfort of a large, quiet, midsize cabin, and fuel efficiencies that are nearly 40% less than most business jets and 25% less than the most efficient twin turboprops.

Discover the extraordinary Piaggio P.180 Avanti II during the NBAA and visit Piaggio Aero at Exhibit Spaces at booth #C10724 and at the aircraft static display at Henderson Airport.

Additional information on NBAA 2012 is available online at