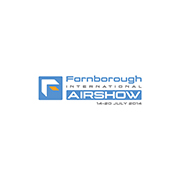 It is the second-largest air show in the world, major aviation parts and aircraft manufacturers and suppliers will be attending, making it the meeting place for the aerospace community.

With a maximum speed of 402KTAS, the Avanti EVO is the fastest turboprop in the world and faster than many jets ? doing so at fuel economy and emissions levels significantly below that of rival aircraft.

The Avanti EVO will make its world debut showing all Airframe improvements including winglets, redesigned nacelles, and a reshaped front wing to help boost efficiency and cut emissions by 3% .

Passenger comfort is further improved thanks to an internal noise reduction by 20% - 1 dB ( A) to the whisper quite Avanti EVO signature cabin.

Avanti EVO is the latest chapter in the story of the aircraft which rewrote the rulebook on aviation elegance,  design, and performance.

Avanti EVO blends the very best of Italian style, peerless craftsmanship, and intelligent thinking to create an aircraft that stands alone for its values.

Besides the Avanti EVO Piaggio Aero will showcase its P.1HH HammerHead, the new, state-of-the-art Unmanned Aerial System (UAS) designed for Intelligence, Surveillance and Reconnaissance (ISR) missions whose combination of performance and operational characteristics is at the very top end of the UAS MALE category.

A full size mock up of the new, state-of-the-art multipurpose Unmanned Aerial System (UAS) designed for Intelligence, Surveillance and Reconnaissance (ISR) missions will be displayed at the Piaggio Aero static display area.

With a unique combination of performance and operational characteristics the P.1HH HammerHead is at the very top end of the UAS MALE category.

The System includes an unmanned aircraft platform - featuring automatic take-off and landing capabilities and able to fly at up to 45,000 feet, with an outstanding endurance of 16 flight hours - specific mission equipment and systems and a remote Ground Control Station (GCS) .

FIA holds a prominent position within the aerospace calendar taking place once every two years over one week in July:
the 2014 event will feature more than 70 aircraft in static display and 23 spectacular flying displays.