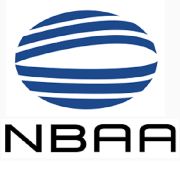 Piaggio Aero Industries will be attending NBAA 2014, the  Business Aviation Convention & Exhibition, that will be held in Orlando from Oct. 21st to 23rd at the Orange County Convention Center and in the nearby Orlando Executive Airport.

The Convention ’s exhibit halls will feature the latest products from the major airframe and avionics manufacturers and service providers while the Static Display of Aircraft at Orlando Executive Airport will bring together the world's most cutting edge business aircraft in one venue, thus allowing buyers from around the globe to appreciate a wide spectrum of aircraft masterpieces in person.

Piaggio Aero will play their role exhibiting the P180 Avanti II aircraft in the static display, while as for the latest generation of Avanti, Piaggio Aero will remark their next step in the aircraft evolution with Avanti Evo, the latest achievement with greater range, faster climb, reduced fuel costs, and a lower noise footprint.

Additional information on NBAA 2014 is available online at http://www.nbaa.org/events/bace/2014/