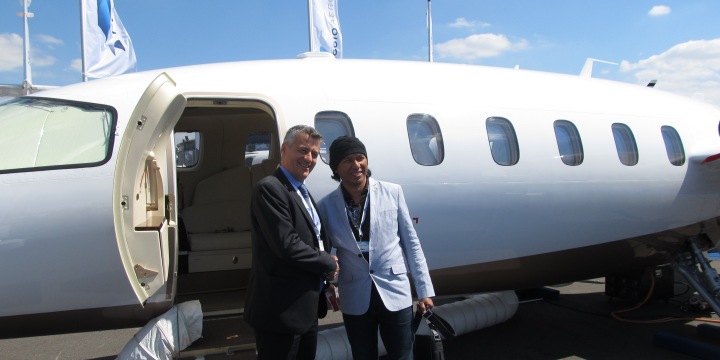 Piaggio Aerospace announces at the Paris Air Show a new Avanti EVO contract with a Malaysian corporate customer, Rozmey Air Sdn Bhd, which will use it for charter activities. This will be the second Evo sale within six months in the Malaysian market. The aircraft will be based in North of Malaysia.

To be delivered by the end of this year, the Rozmey Air Avanti EVO will have an extended range and full optional configuration, with VIP interiors in the typical “Made in Italy” style that characterizes this third generation of Piaggio Aerospace’s business aircraft. It will be equipped with CVFDR (Cockpit Voice & Flight Data Recorder), TCAS II (Traffic Collision Avoidance System), and In Flight Entertainment System.

In order to ensure effective maintenance services to its Malaysian customers, Piaggio Aerospace will cooperate with Aerial Power Lines (APL), a Malaysian company active in airframe maintenance for both rotorcraft and fixed wing aircraft.

Carlo Logli, CEO of Piaggio Aerospace, underlined: “Being awarded a second contract is testimony to the Avanti EVO’s capabilities and distinction in the business aircraft market. We are particularly pleased of this achievement as the Far East is an important target market for Piaggio Aerospace and its geographic configuration matches the range extension of Avanti EVO”.