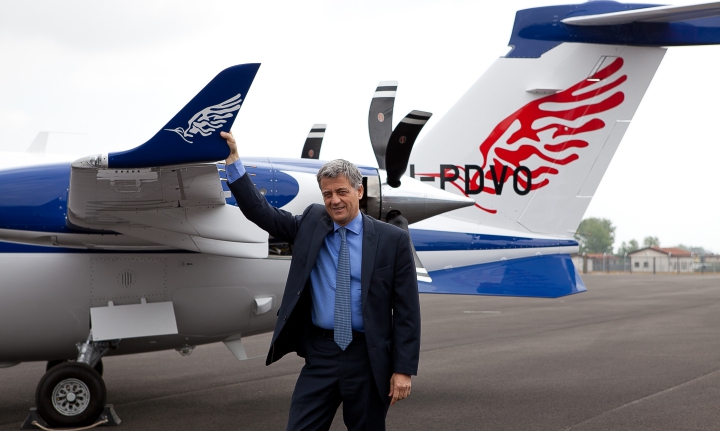 Piaggio Aerospace announces a further step forward to consolidate the performances of the Avanti EVO. The Italian aircraft manufacturer obtained both the EASA and the FAA certifications for the new Landing Gear System that completes the significant improvements of the aircraft.
The new certification concerns the installation of the new Main Landing Gear System, the new Nose Landing Gear System and the Nose Wheel Steering System (NWSS), parts of the new Magnaghi landing gear that improves performance, reliability and cuts maintenance costs. The official approval arrives after an intense test program. The new landing gear is now ready to be installed as a standard on all the Avanti EVO that are going to be delivered from now on.
Third generation of P.180 Avanti, the Avanti EVO increases its performance, efficiency and comfort. Able to fly at a maximum cruise speed of 402 Kts, (745 km/h) with a range IFR of 1,770 nm (3,278 km), a climbing rate of 2,770 fpm (844 m/per minute) and can fly up to a service ceiling of 41,000 feet (12,500 m). As regards the Avanti EVO fuel consumption, it is 40% lower than that of jet planes of the same class and makes Avanti EVO one of the most environmentally friendly aircraft in its market segment, with a low level of emissions. A low noise power plant, where the turbines are fitted with counter-rotating 5-blades scimitar propellers, permits a 68% reduction of the community noise making the Avanti EVO a better neighbour.