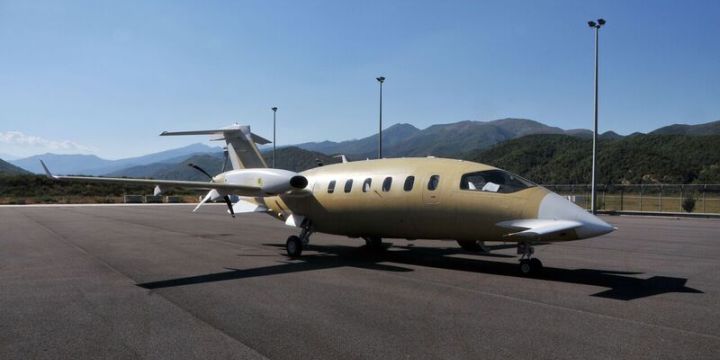 Less than one year after aircraft production was moved from the Genoa site, last Thursday the first Piaggio Aerospace airplane produced in the new Villanova d’Albenga plant took off from the adjacent runway of the international airport Clemente Panero. The aircraft, an Avanti EVO due to be delivered in September, is the most recent version of the famous P.180, a twin-engine turboprop sold in around 220 samples worldwide.

During the next few weeks a new prototype of the P.1HH HammerHead, the state-of-the-art Unmanned Aerial Vehicle (UAV), will also be completed and transferred to its operational base.

Renato Vaghi, Piaggio Aerospace Chief Executive Officer, commented: “This event was very energizing for the whole Piaggio Aerospace team and it retains a highly symbolic value:  with our new production centre of Villanova, we are now able to compete as a main actor in the production of both commercial and defence systems. This achievement must be attributed to the men and women of Piaggio Aerospace, as well as to the continued support of our partners and suppliers. “Laer in particular”, he added, “which produces key components of our products in its new Albenga-based factory”.