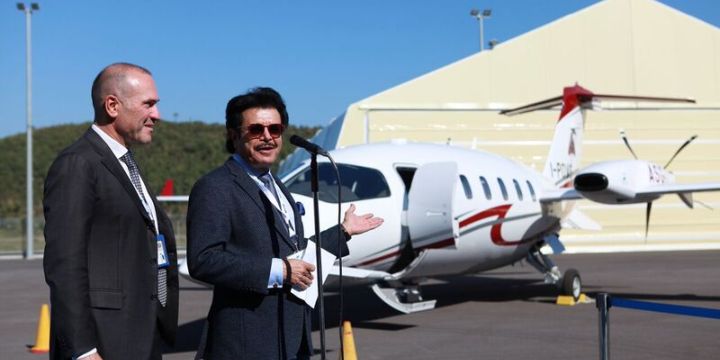 Al Saif Group, a conglomerate active in real estate, trading and consulting, has recently signed an option for a second aircraft in Medevac (Medical Evacuation) configuration to be delivered in 2017. This first Avanti EVO, in VIP configuration, will be used also for charter and demonstration flights.

Al Saif Group will also acquire from Piaggio Aerospace – through the company Al Saif Trading Establishment - a range of after-sales services, including training for two pilots and a maintenance technician, with an option to enroll into a dedicated spare parts support program. To support Al Saif Group operations, Piaggio Aerospace has appointed a suitable maintenance facility in the Arabian Peninsula.

The Avanti EVO is the most recent version of the famous P.180, a twin-engine turboprop sold in around 220 samples worldwide.