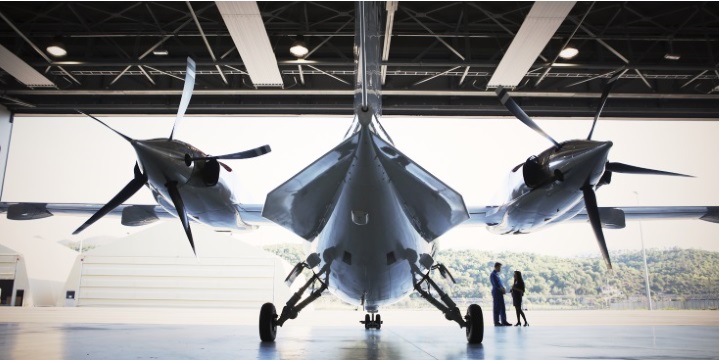 Piaggio Aerospace, a leading Italian aircraft manufacturer active in the business and defense and security sectors, today announced a suite of new customer service solutions for its Piaggio P.180 aircraft family at the European Business Aviation Convention & Exhibition (EBACE) 2017 in Geneva, Switzerland. The solutions are part of a wider, long-term customer-driven strategy that aims to elevate Piaggio Aerospace’s client offerings.

Commenting on the announcement, Renato Vaghi, Chief Executive Officer of Piaggio Aerospace, said: “Our primary goal in 2017 is to continue to put our customers first by offering them the highest level of support throughout the life of their Piaggio P.180 aircraft. With our new suite of offerings, which include avionics upgrades, maintenance program enhancements, and landing gear retrofits, we are keeping up with current and future customer needs as well as expanding our existing set of market opportunities globally.”

Currently, there are approximately 220 P.180 Avanti aircraft in operation globally. The new solutions Piaggio Aerospace are offering their Piaggio P.180 customers include:

Customers will now be able to upgrade the Pro Line 21 integrated avionics system on Piaggio P.180 aircraft with localizer performance with vertical guidance (LPV) approaches, which will not only allow  pilots to complete landings at airports where they could not land previously, but also save operators time and money. Piaggio Aerospace, in collaboration with Rockwell Collins, has developed three attractively priced model-specific Service Bulletins to upgrade the avionics suite. To reduce aircraft downtime, the company has also set up a pool of components which can be rotated with customers in a dedicated exchange program. The LPV capability will be complemented by the addition of the ADS-B Out data link feature, one of the key elements of the global air traffic modernization plan, by the second half of 2017.

Piaggio P.180 operators will now have more options to choose from to suit their maintenance needs. In particular, operators with intense flight activity and the need for extended non-interrupted aircraft availability, can now choose a progressive maintenance program that allows them to divide maintenance activity into shorter, more frequent phases, customized to their specific need in terms of flight operations, available maintenance locations, and staffing. The next revision of Chapter V of the Maintenance Manual will present the tasks of the A and B checks, now grouped and scheduled at 200 and 600 flight hour intervals, as separate instructions which can be completed individually. The inspection phases can therefore be conducted overnight or during other short periods of non-scheduled flight activity with minimal impact to the continuity of the overall flight program. Piaggio Aerospace will support its customers, upon request, in the development of each of the customized programs.

Piaggio Aerospace has completed the retrofit of the new landing gear manufactured by Italian supplier Magnaghi Aeronautica on a Piaggio P180 Avanti II aircraft for the first time in the United States. The landing gear, which is standard on the Avanti EVO, incorporates several improvements and upgrades. Piaggio Aerospace’s Service Bulletin SB 80-0425, which approves the installation for the fleet already in service, is valid for all P.180 Avanti II aircraft. Piaggio Aerospace already announced in April 2017 that it successfully completed the very first installation in retrofit of a Magnaghi landing gear upgrade on a customer Piaggio P.180 Avanti II aircraft in Europe. The gear is designed with the same form, fit, and function as the original gear, though the retrofit requires extensive wiring modifications to accommodate the new proximity sensor-based control logic and indication system, as well as the installation of a new computer and associated wiring for the digitally controlled nose wheel steering system. Rigorous post-modification testing has been successfully accomplished.

Piaggio Aerospace is present at EBACE 2017 at Hall 6 stand P98, and will display one of its flagship Avanti EVO business jets.