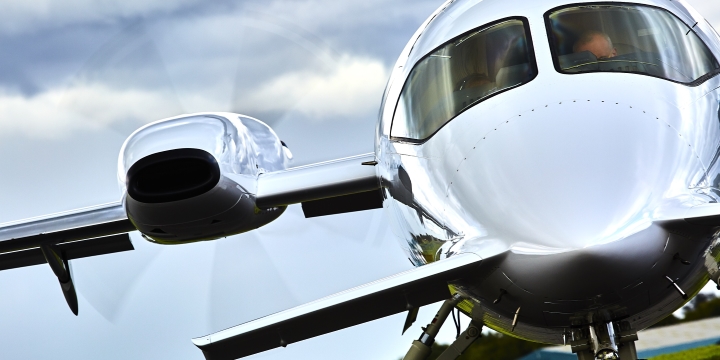 Piaggio Aerospace, a leading Italian aircraft manufacturer active in the business aviation  and defense and security sectors, today announced the delivery of two P.180 Avanti EVO in V.I.P. configuration respectively to a Swiss and an East-African customer.

A first Avanti EVO is being delivered – through the Italy-based aviation company Orion Fly – to Sir Lindsay Owen-Jones. Sir Lindsay already owns, since a decade, the forerunner of the Avanti EVO - notably the first Avanti II manufactured by Piaggio Aerospace – currently operated by Fly Wings SA and managed from an airworthiness standpoint by Alpiwings, two Lugano-based companies.

“I decided to go for a new P.180 after my positive experience with the first aircraft”, Sir Lindsay commented. “I chose the new generation of the P.180, the Avanti EVO, for its extended range capabilities, its environmental friendliness so appreciated by the local community, and its further improved ability to take off and land on short runways.”

In the next few days, a second Avanti EVO will perform its ferry flight from Italy to the African Continent, where the aircraft will be taken over by an undisclosed customer. In the meantime, Piaggio Aerospace is actively working at developing a support organization in the area.

“We are honored that Sir Lindsay Owen-Jones has reconfirmed his trust in our company and his satisfaction with the aircraft unique performance, and that a customer based in East-Africa chose Piaggio Aerospace and the Avanti EVO for their operations”, said Vincenzo Nicastro, Extraordinary Receiver of Piaggio Aerospace. “This is for us the best award for our efforts to bring back the Avanti EVO - and its unmatched characteristics in terms of performance, efficiency, cabin comfort and versatility - to occupy the position in the market it deserves”.

A few days ago, an Avanti EVO – the first in the region – entered into service in India: the aircraft had been delivered, through Piaggio Aerospace partner in India Business Aviation Private Limited (BAIPL), to an undisclosed customer who already owns and operates an Avanti II.

“We are proud of having been a partner of Piaggio Aerospace for so many years”, commented Tapan Nandi, Director of BAIPL. “We would like to thank our customer for his continued, positive feedback and confidence in P.180 aircraft, having he selected the enhanced Avanti EVO for their operations. The entry into service in India of the last version of P.180 will help us showcasing the product, whose characteristics perfectly suites the Indian market”.

Piaggio Aerospace has now increased its footprint in the country, where the current fleet of P.180 collected 10 thousand flight hours. The combination of speed and fuel efficiency has always been the strength of Piaggio Aerospace flagship, but customers in the region appreciate also airfield performance, which give access to the majority of airports, and cruising altitude up to 41 thousand feet.