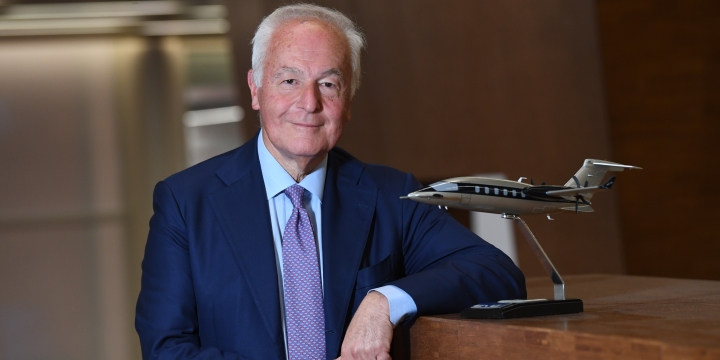 During a meeting held on Thursday in Rome, the Italian Defence Ministry confirmed its commitments on multiple orders to Piaggio Aerospace for a total amount of approximately 700 million euros. Taking part in the meeting were representatives of the Italian Government, Piaggio Aerospace’s Extraordinary Receiver, local authorities from the Liguria region and the Piaggio Aerospace Unions.

In particular, two contracts relating to maintenance of the engines of the Italian Armed Forces’ fleet - worth a total of 33 million euros - have already been signed and funded, while a further commitment to sign two more contracts by the end of June has been confirmed, for an additional total value of 167 million euros.

Representatives of the Ministry for Economic Development and of the Ministry of Defence have also confirmed the acquisition of 9 new Avanti EVO aircraft and the upgrade of 19 of the current P.180 fleet. The signing of the relevant contracts - for a total value of 260 million euros - is expected at the earliest, and in any case by the end of the year. An additional 96 million euros will come from logistic support to the Armed Forces’ fleet, with the relevant contracts due to be signed by the end of September this year.

Finally, the Government has taken a commitment to finalize by mid-July the parliamentary approval process concerning the P.1HH UAS program, which will lead to the certification of the platform and the acquisition of at least one system (two aircraft and one ground control station) as test-bed, for a total investment of 160 million euros. “This will allow the company to get back to the design activity at European level, [in particular] within the MALE program (2020-2025), and preserve the company know-how”, a Government representative stated on Thursday immediately after the meeting.

“The definition of the operational needs of the Italian Armed Forces and the availability of the relevant budgets, communicated yesterday by the Italian Government in Rome, allows the company to restart”, the Extraordinary Receiver of Piaggio Aerospace Vincenzo Nicastro said. “The timetable announced, which foresees the signing of the first new contracts as early as the end of this month, will support the company's commitment to regaining market share in all the sectors in which it operates. There is still a lot to do”, he added, “but I believe that - just 6 months after the start of the Extraordinary Receivership - we are moving in the right direction. Our goal is to be in a good position after the summer, when the official tender for the sale of Piaggio Aerospace will hopefully start, with a company able to attract a number of qualified potential buyers".