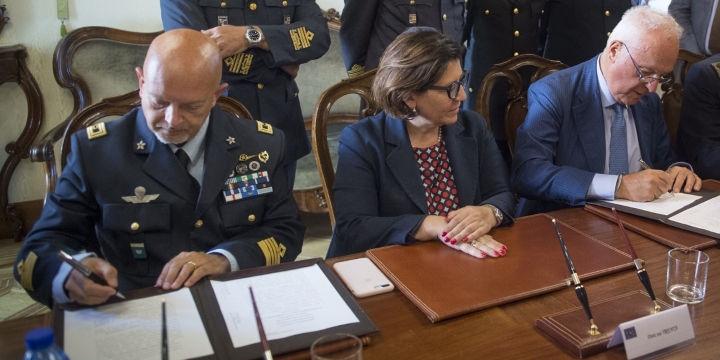 From left:  Col. CCrn Francesco Merola of  the Italian Air Force, the Minister of Defence Elisabetta Trenta and the Extraordinary Commissioner of Piaggio Aerospace Vincenzo Nicastro

The agreements will allow Piaggio Aerospace to strengthen its leadership in the sector, thanks to the support of approximately 300 qualified people working at the Villanova d'Albenga site.

The most significant of the two contracts has a value of 129 million euros, a duration of 9 years and will assure the maintenance of the Viper engines installed on the MB-339: this aircraft, operated by the Italian Air Force, is the one used by the National Aerobatic Patrol "Frecce Tricolori", as well as for training purposes. The second contract, worth 38 million euros and a duration of 3 years, will guarantee the supply of related spare parts.