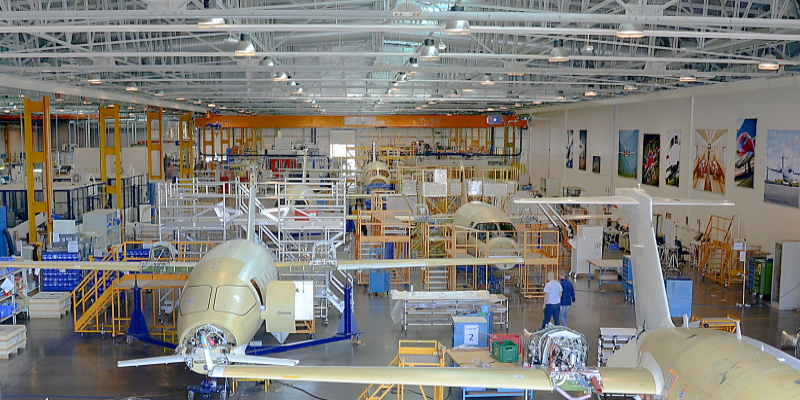 Piaggio Aerospace has announced today two contracts with that the Italian Ministry of Defence worth a total of approximately 46 million euros.

The first order, signed by the Secretariat General of Defence and National Armament, is worth approximately 31 million euros and includes the “turn-key” development, realization and installation of a technologically advanced P.180-based full flight simulator to be placed at the Pratica di Mare military airport, near Rome.  The device will be used mainly for the training of the crews flying the P.180s operated by the Italian Air Force.

The ground-based training system will encompass a “level D” full flight simulator (the most advanced flight training device that accurately reproduces the aircraft’s performance and forces when flying) based on a P.180 platform and a computer-based training suite for pilots. The order also includes the building of the facility aimed at hosting the device, which will also become the new headquarters of the Centro Addestramento Equipaggi Multi Crew dell’Aeronautica Militare (the training centre of the Air Force crews).

Finalizing the project - which Piaggio Aerospace will be conducting in partnership with CAE, the Canadian worldwide leading company in the field of simulation devices - will take about three years. The final aim is to make other crews of the Armed Forces, as well as State Corps and eventually other subjects, access the system, with terms to be defined.

The second contract, which is worth approximately 15 million euros and ready to be signed by the Italian Air Force, further expands the 2019 agreement providing for the maintenance of the Rolls-Royce V632-43 engines, better known as “Viper”. These propellers are those fitting the MB339 aircraft,  flown - among the others - by the Italian Acrobatic Team “Frecce Tricolori”.

“The flight simulator that Piaggio is going to build for the Italian Air Force will be the first specimen of that kind in Europe and the second worldwide”, remarked Vincenzo Nicastro, Extraordinary Commissioner of Piaggio Aerospace: “This is a long-term investment that proves once again the great value of the P.180, an aircraft which has not expressed its full business potential yet, that will surely be exploited by the new owner of the Company. On the other hand, the extension of the agreement on Viper engines, went on Mr Nicastro, “represents the real acknowledgement of Piaggio Aerospace’s proven maintenance skills. Indeed, our Company is the only one certified and licensed by Rolls-Royce worldwide to carry out these activities”.